"...confidence in the ability of all drivers and their vehicles was seen to grow exponentially."

"I've just returned from an exhilarating 21-day tour of the Cape York Peninsula with Australian 4x4 Treks. It was a tagalong tour, with a total of seven 4WD vehicles, made up of adventure-minded travellers, some with slide-on campers, others with tents, and ably led by energetic guide Tony Davys. Tony has an impressive record as a 4WD instructor, tour guide and tourism operator in both Australia and New Zealand, and currently offers tagalong treks into the central deserts and northern Australia.

The tour itinerary was comprehensive, ranging through Cape Tribulation, the Bloomfield Track, Cooktown, Lakefield NP, Weipa, Bamaga, the Tip, Thursday Island, Iron Range NP, Karumba and the Undara Lava Tubes. When appropriate, nights were spent in included accommodation, but otherwise mostly in caravan parks, camping in national parks and the occasional bush camp. Though not hectic, there is much territory to be covered, so everyone needed to work to a fairly tight schedule, generally leaving camp by 8.30 and settling up the new camp by 4.30. That said, there was ample time for scenic stops, wildlife viewing, relaxed lunches, pub dinners and entertaining conversations around the campfire.

No one should be under the impression that the roads on the Cape are easy going, with bone-shaking corrugations even on main access routes such as the Peninsula Developmental Road and Bamaga Road. Even the less-challenging parts of the Old Telegraph Track that we tackled involved some gnarly sections and a few water crossings. Tony provided excellent guidance, particularly through such choke points on the Track, generally via comprehensive radio communications, but sometimes by wading through watercourses to give individual instructions for safe passage. Under such guidance, confidence in the ability of all drivers and their vehicles was seen to grow exponentially.

Options included a mine tour and sunset cruise at Weipa, and a fishing charter at Karumba, which yielded a feast of threadfin salmon for the entire group. Other highlights were reaching Pajinka, the northernmost point of the Australian continent, the trip to Thursday Island, swimming at refreshing waterfalls, and the numerous sightings of wildlife such as fresh and saltwater crocodiles, wallabies and rare birds including the Papuan Frogmouth, Palm Cockatoo and Magnificent Riflebird.

If you are looking for a little adventure and would like to visit one of the most remote places in Australia, but perhaps lack the confidence or knowledge to embark on a tour of the Cape by yourself, I would highly recommend a tagalong tour, and in particular the comprehensive tour offered by Australian 4x4 Treks. You will leave the trek having experienced one of the best adventure holiday destinations available in Australia, with the added bonus of gaining enhanced confidence in your ability to travel to some remote places on your own." 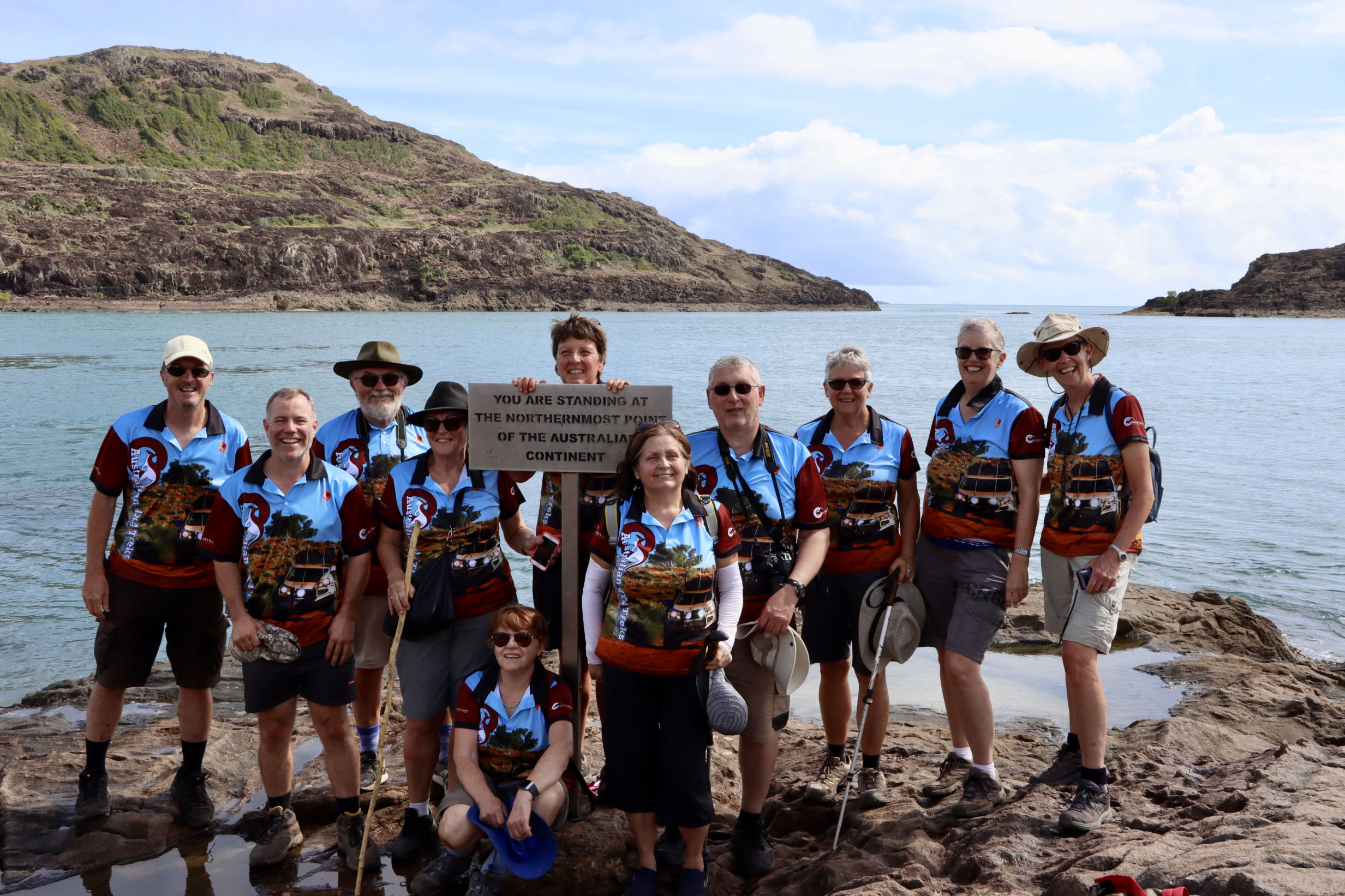 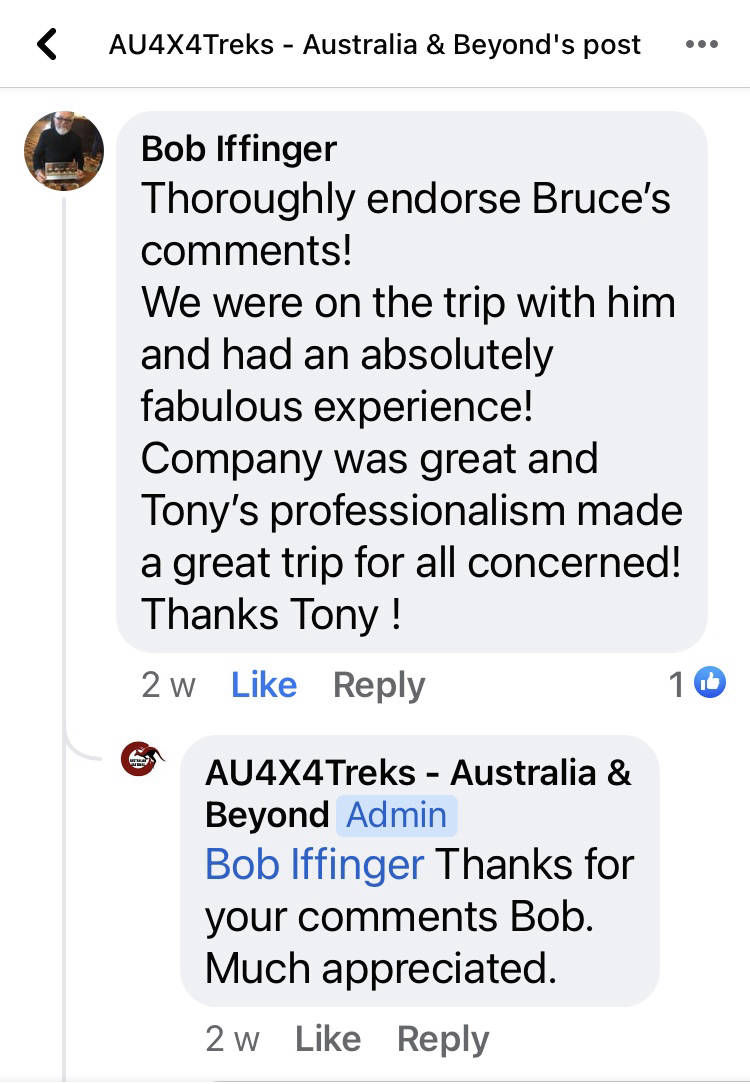 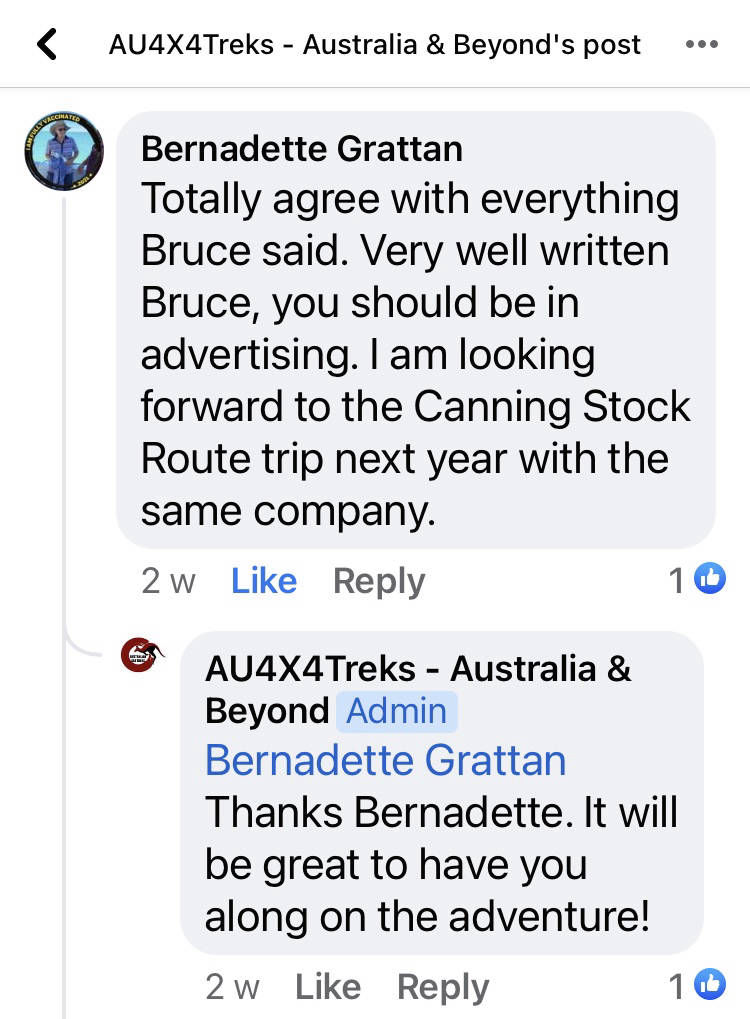 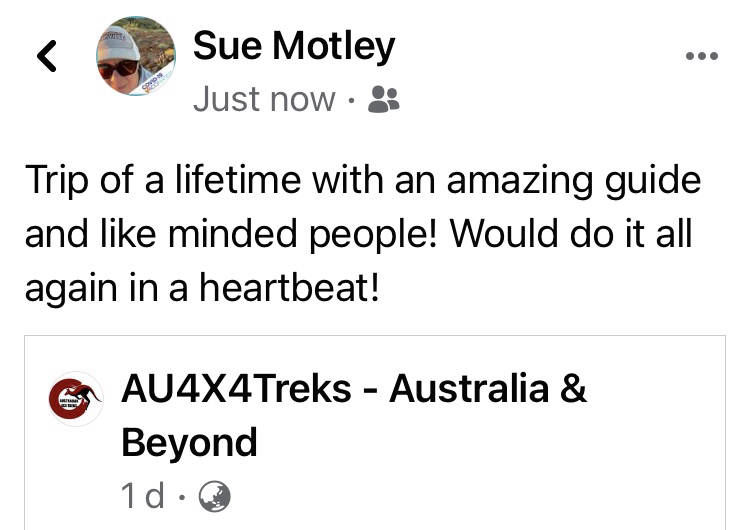 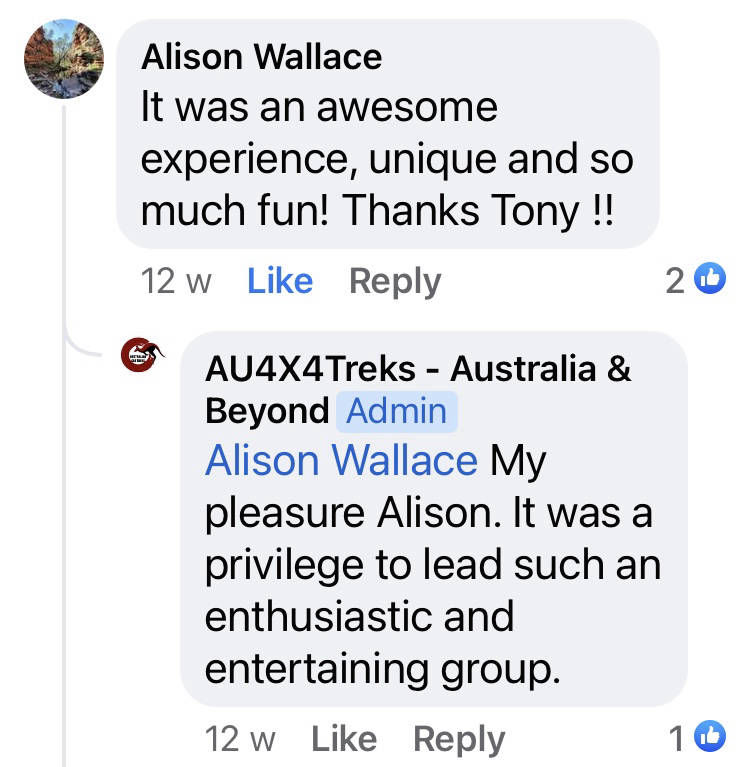 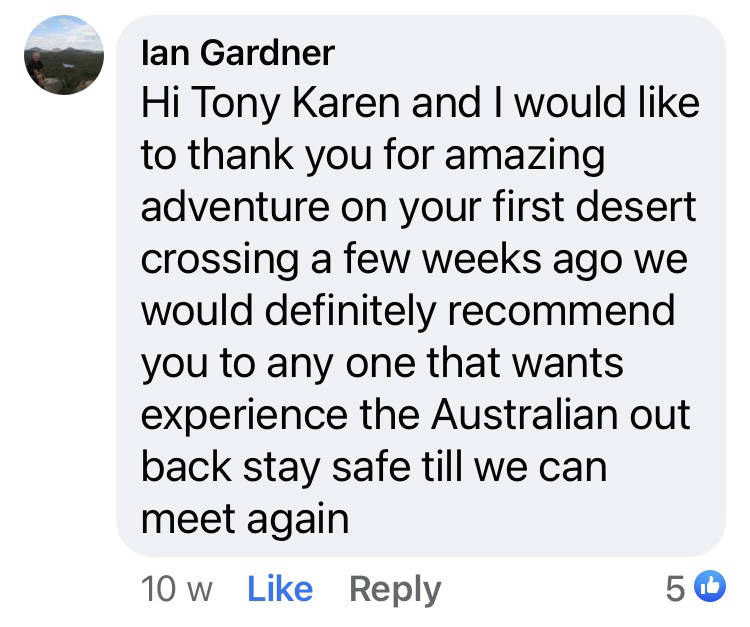 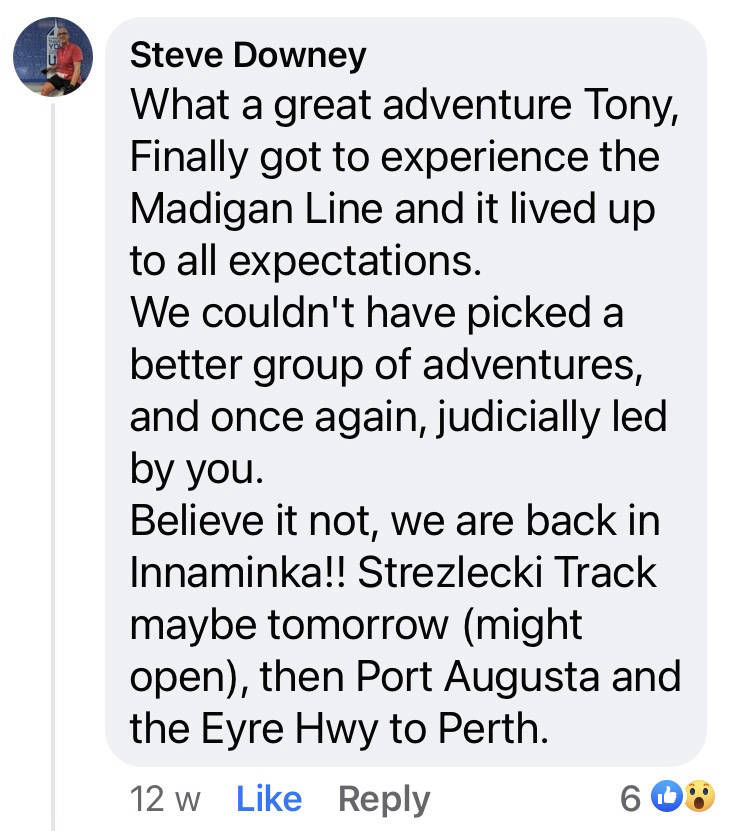 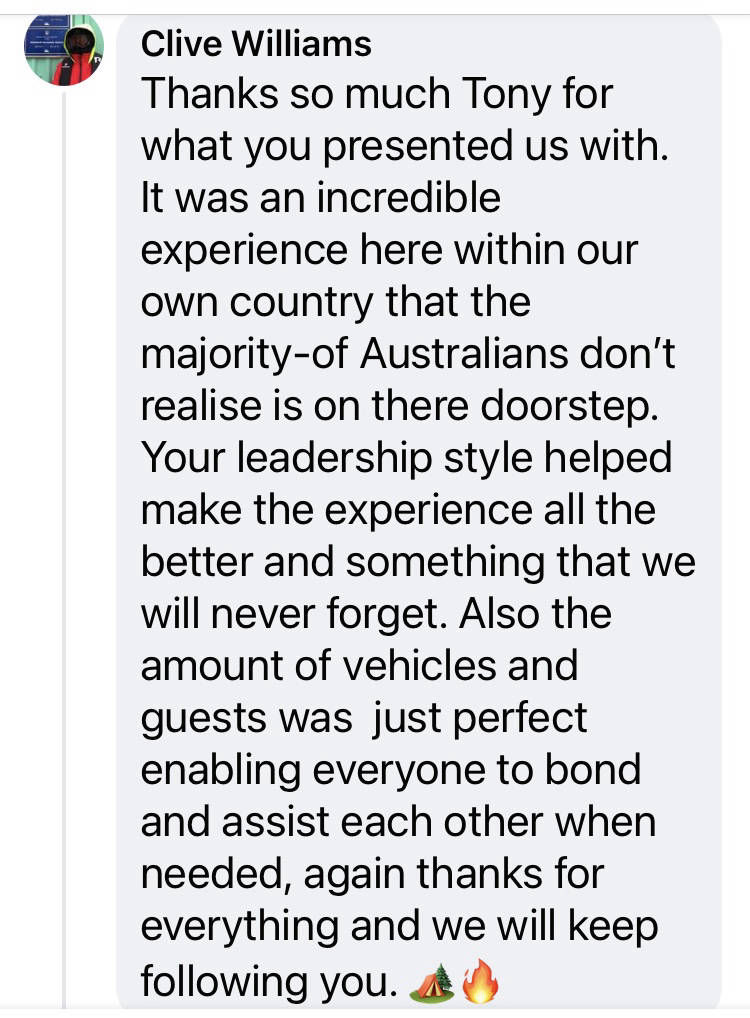 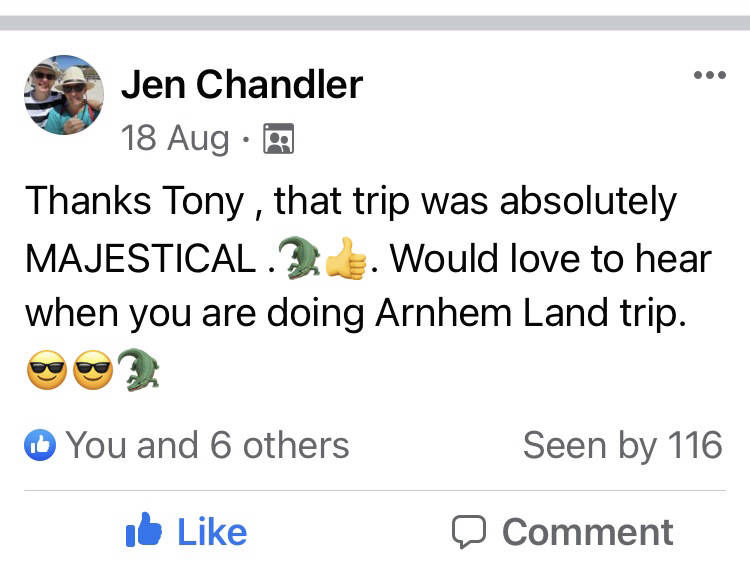 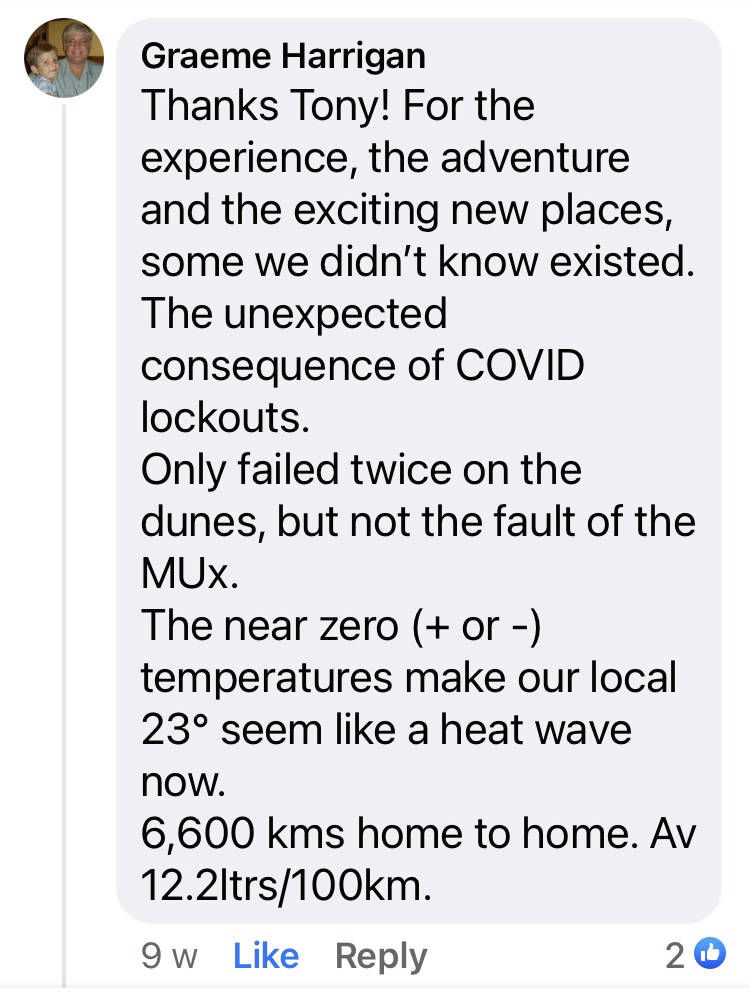 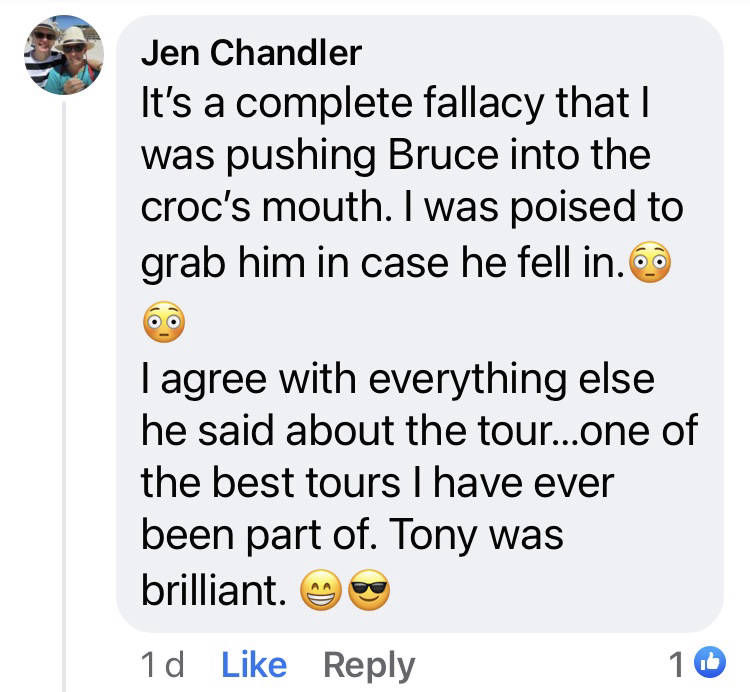 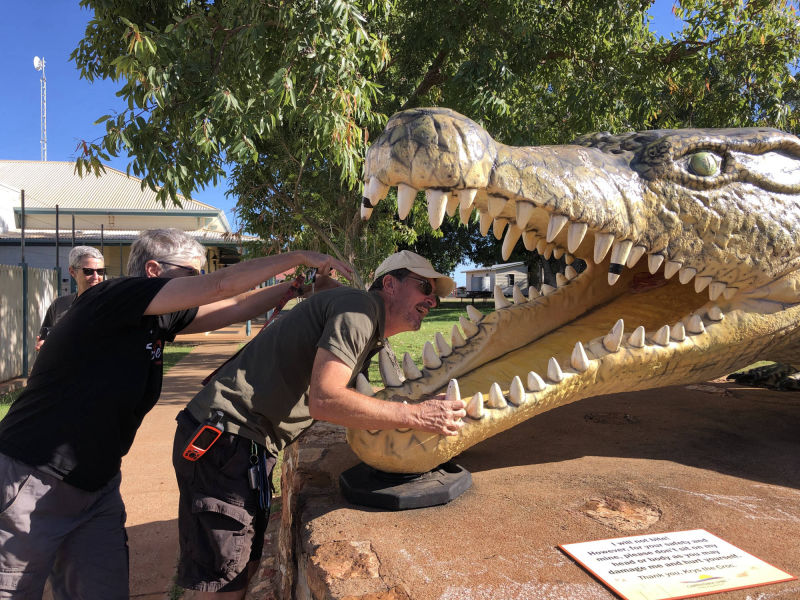 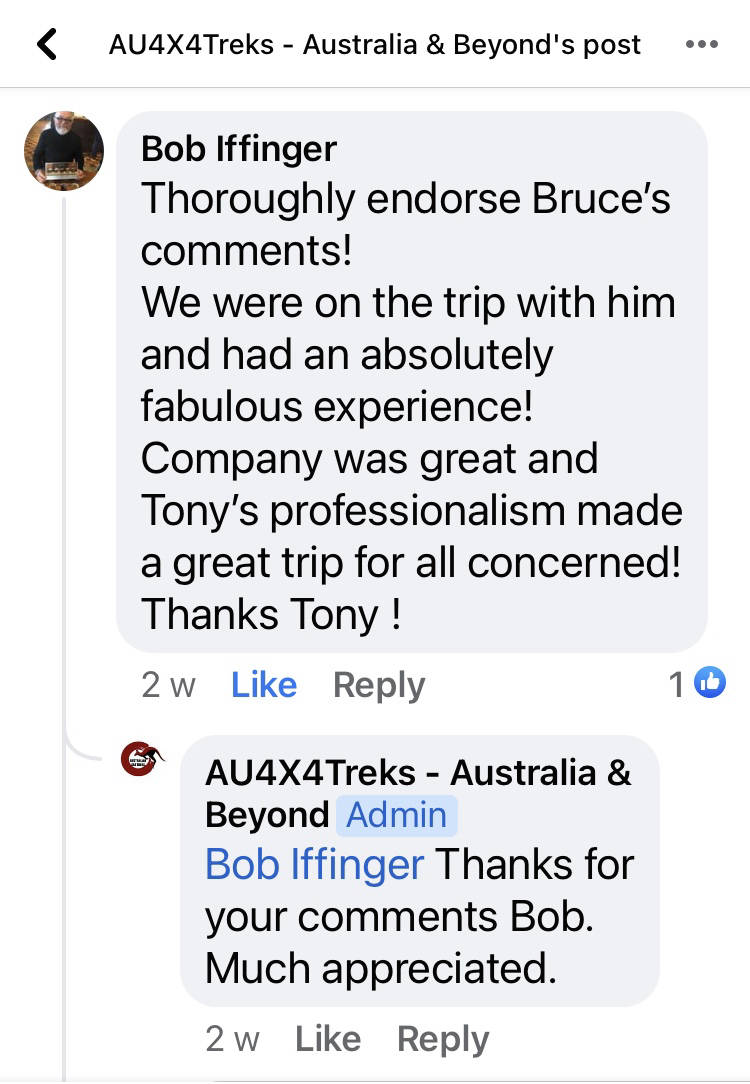 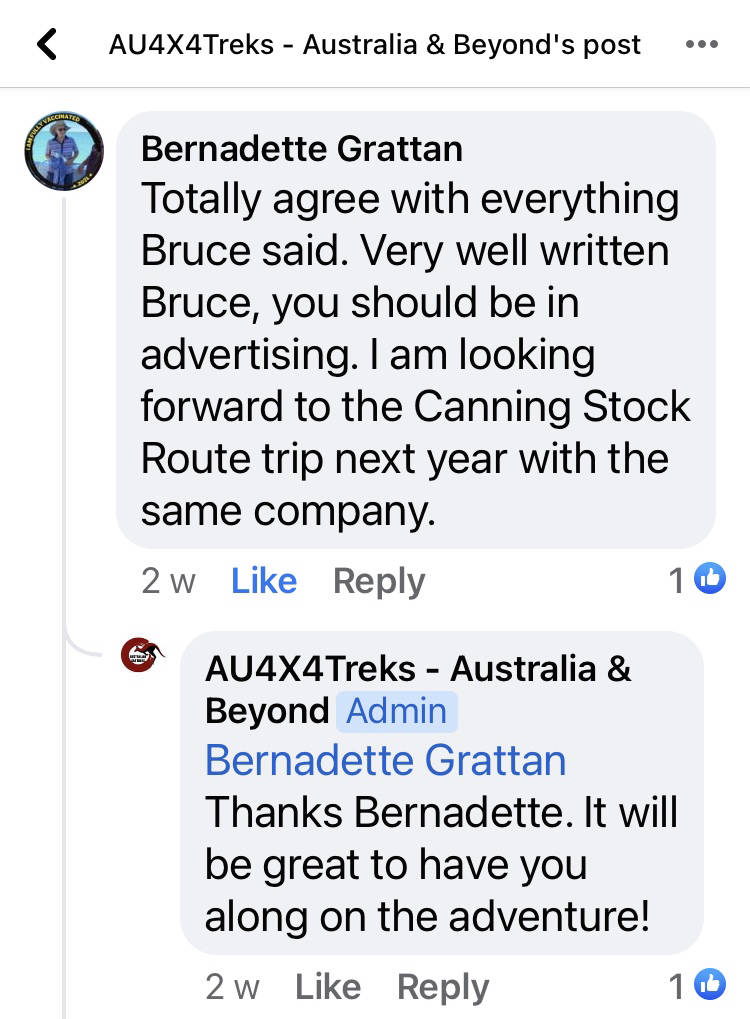 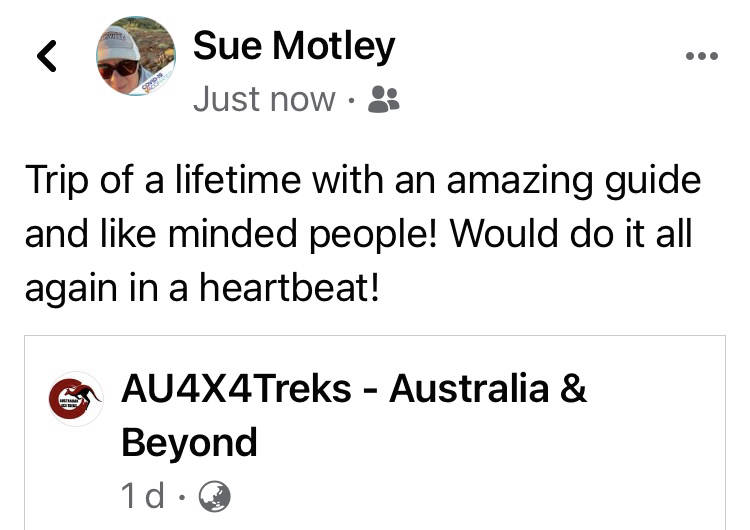 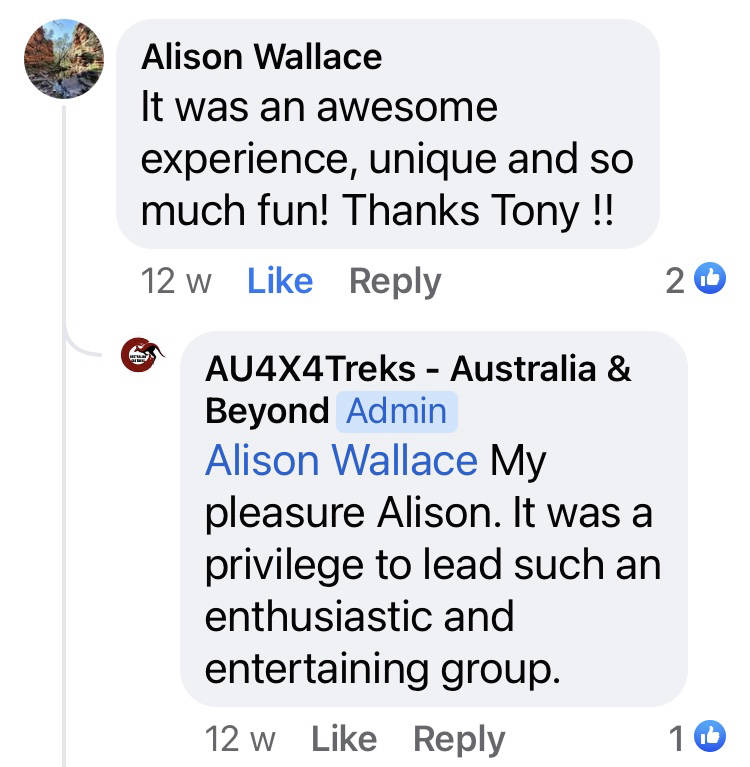 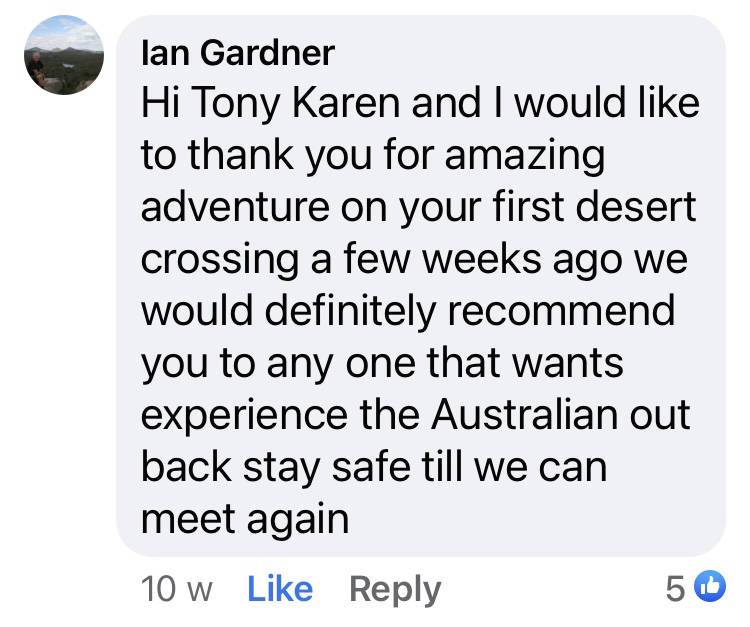 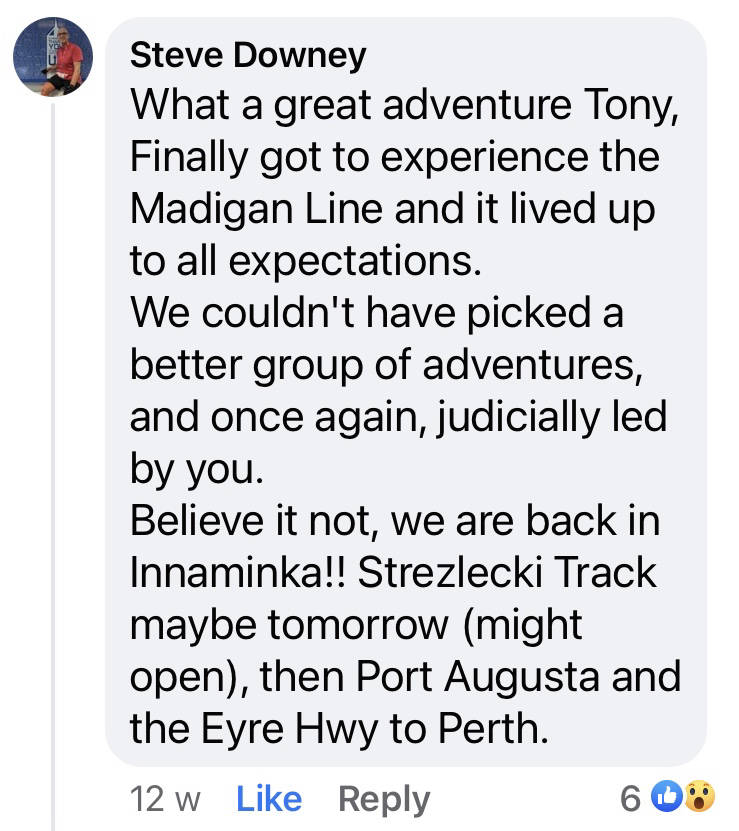 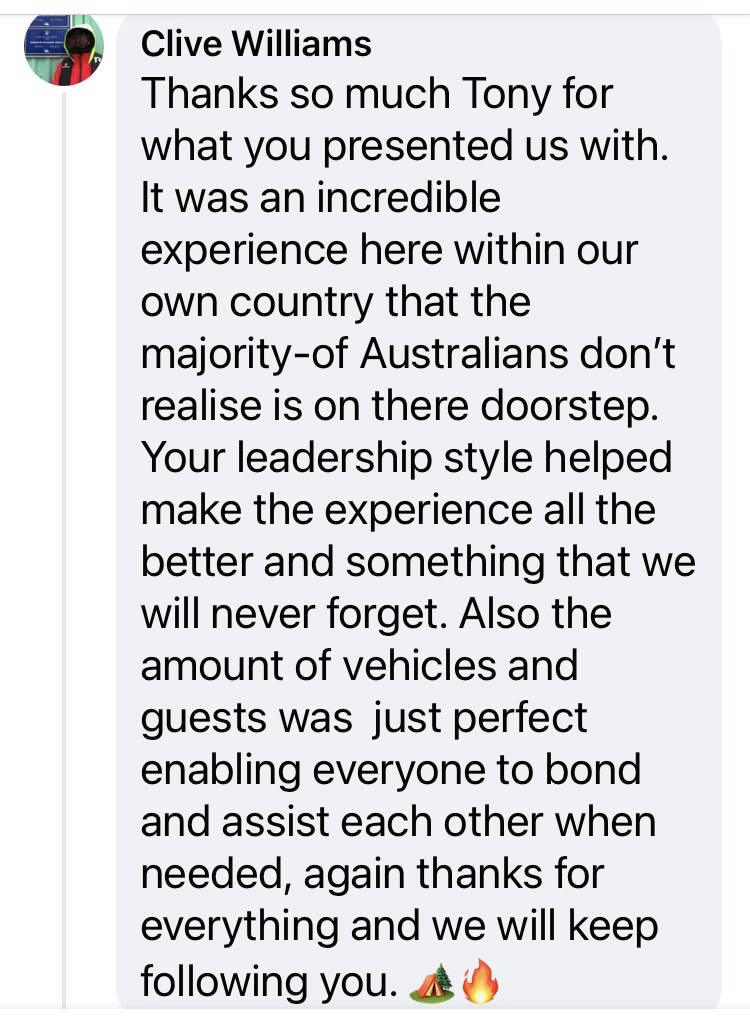 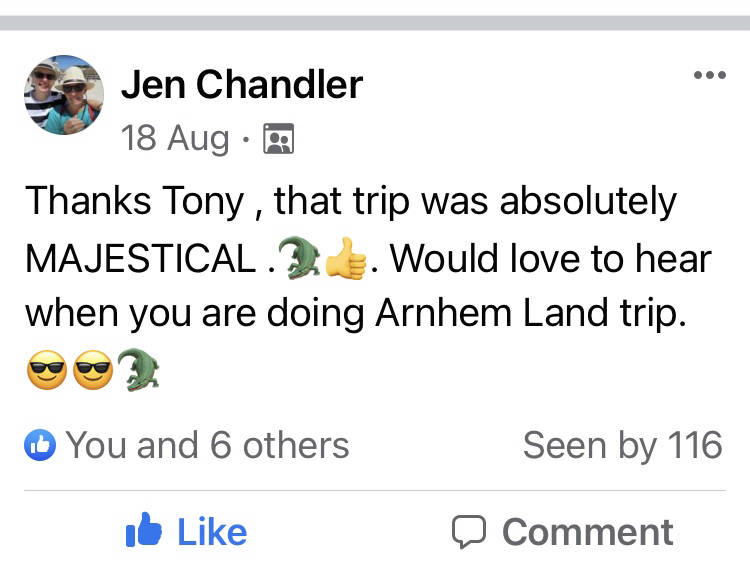 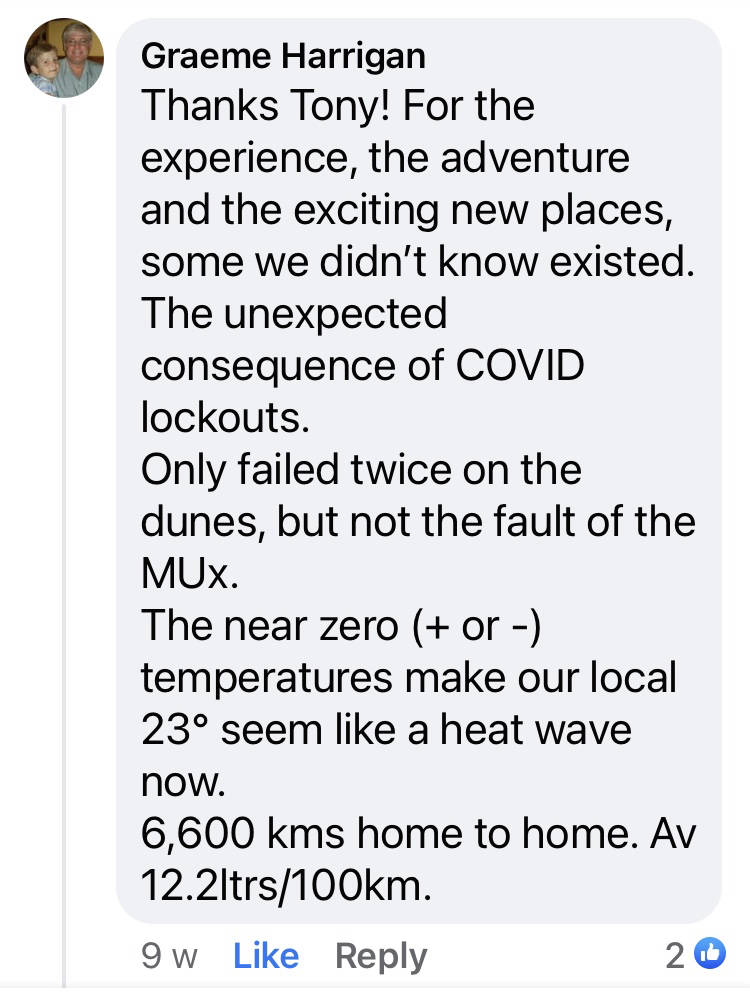 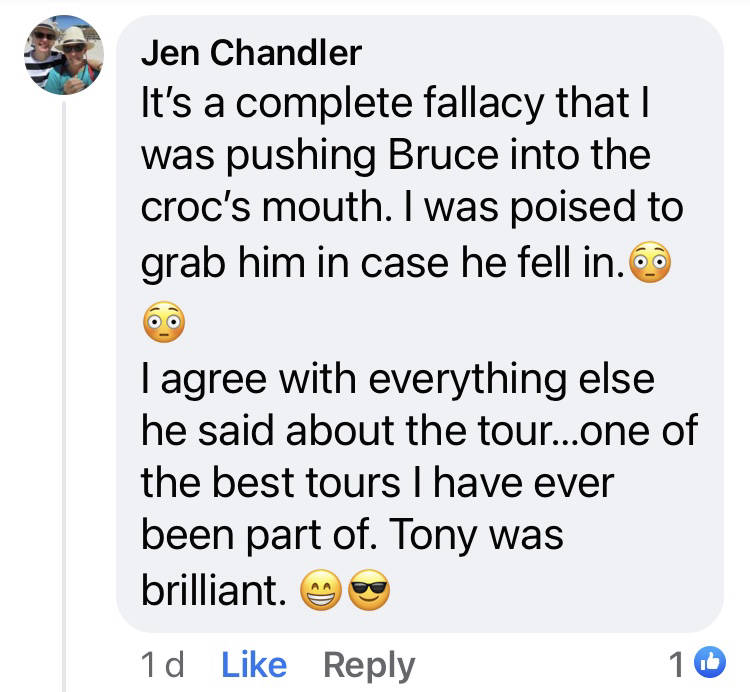 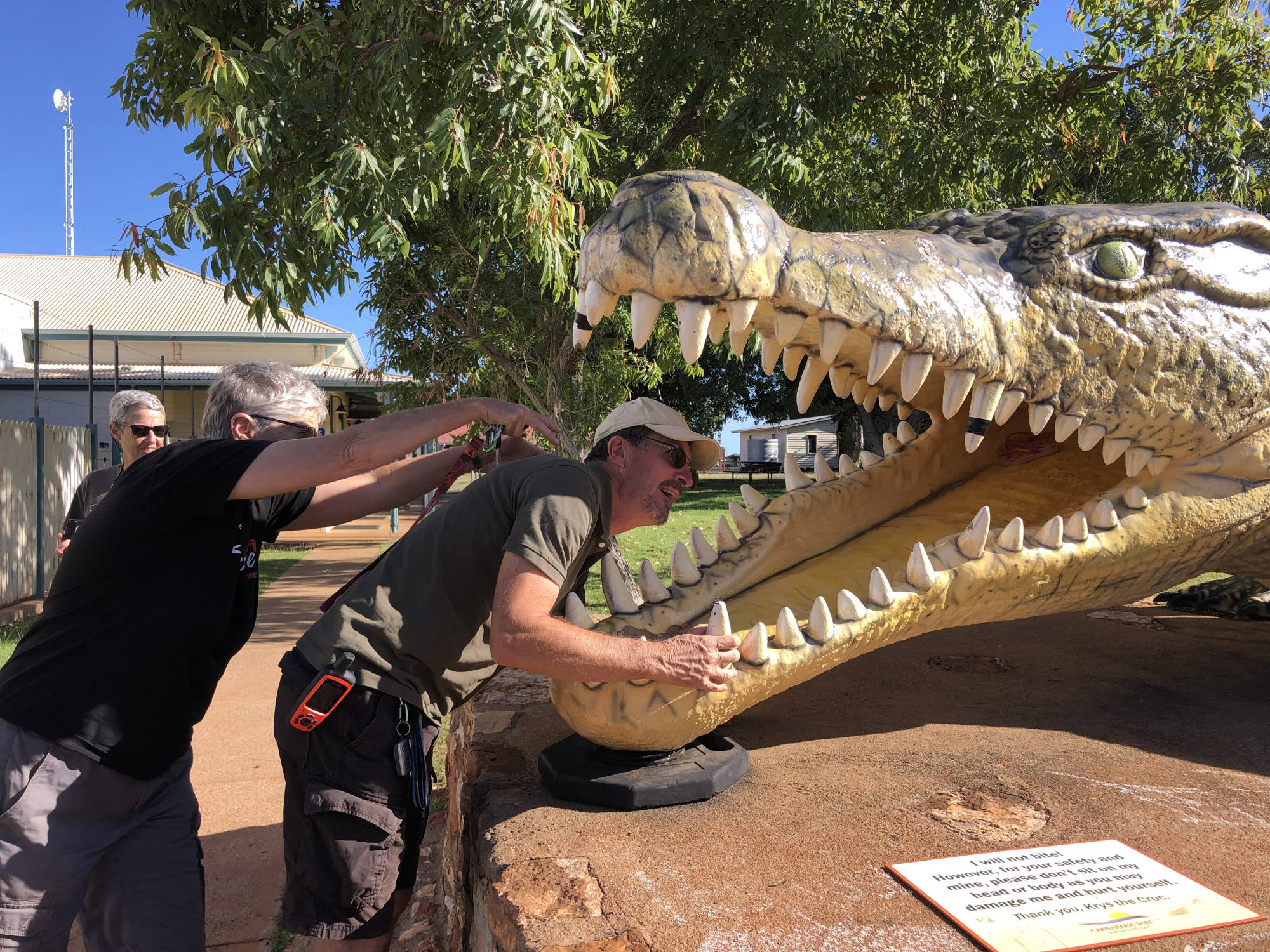 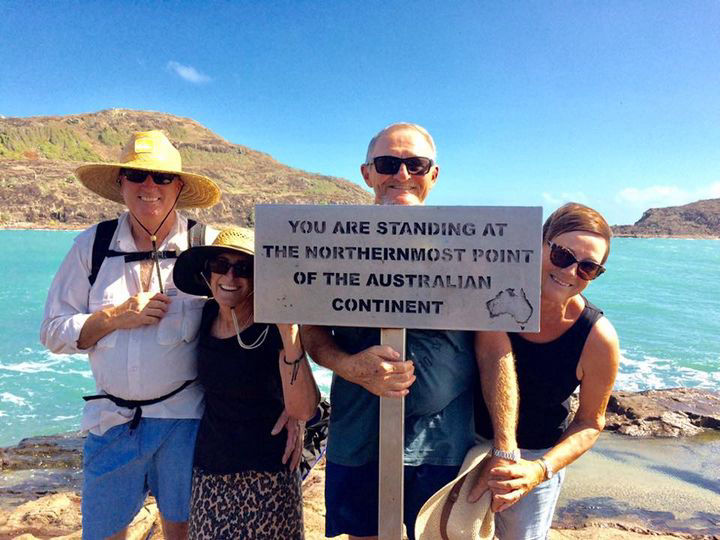 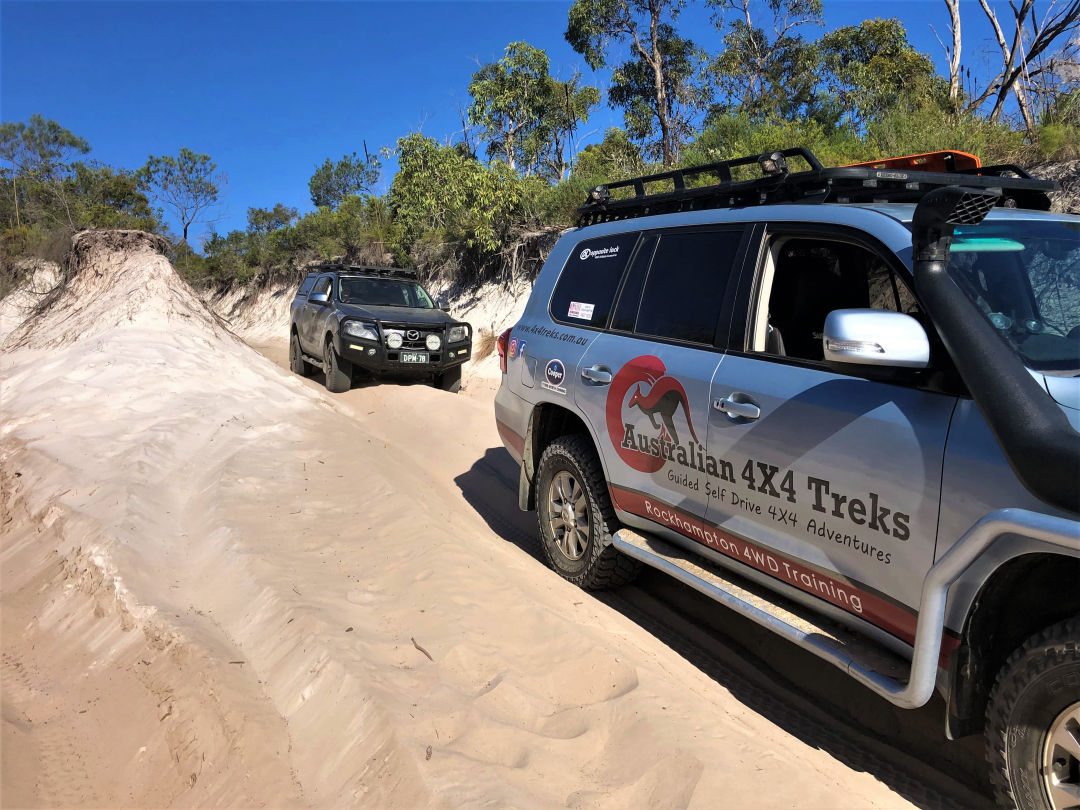 When Tony's not away from home leading tours, he's running 4WD training sessions in his own backyard playground near Rockhampton. Check out the spectacular scenery and fantastic recommendation from YouTubers
#The Feel Good Family 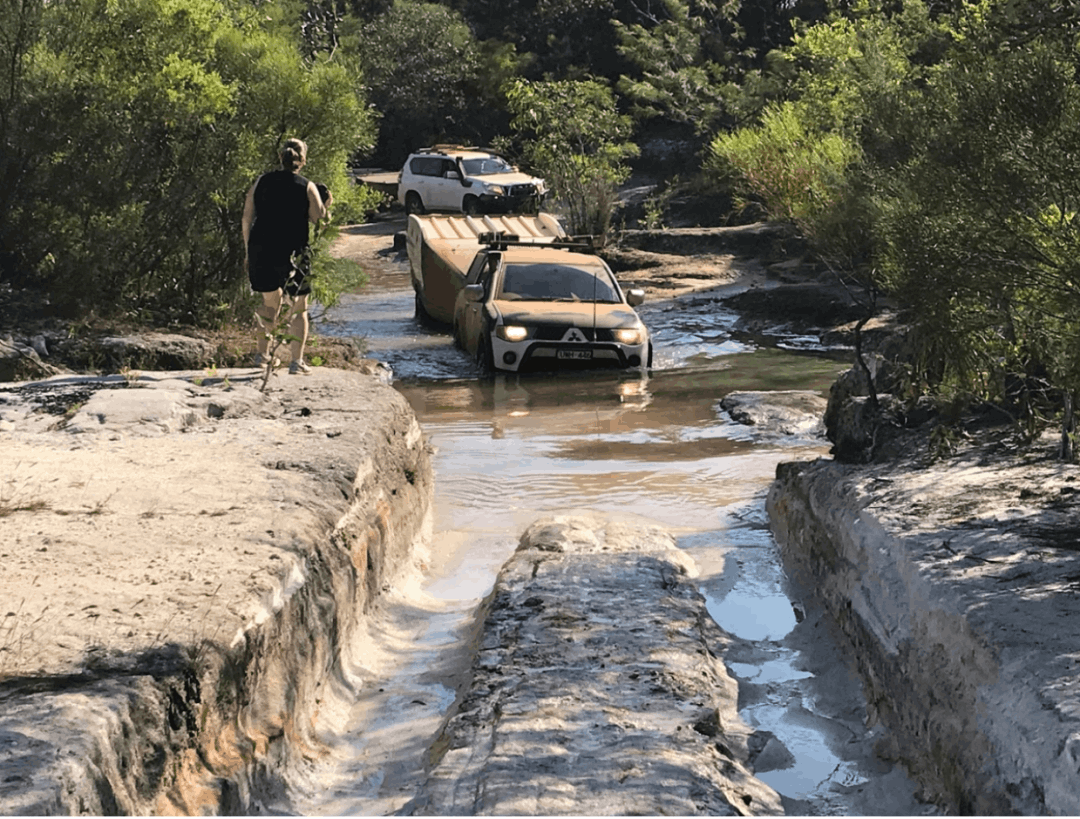 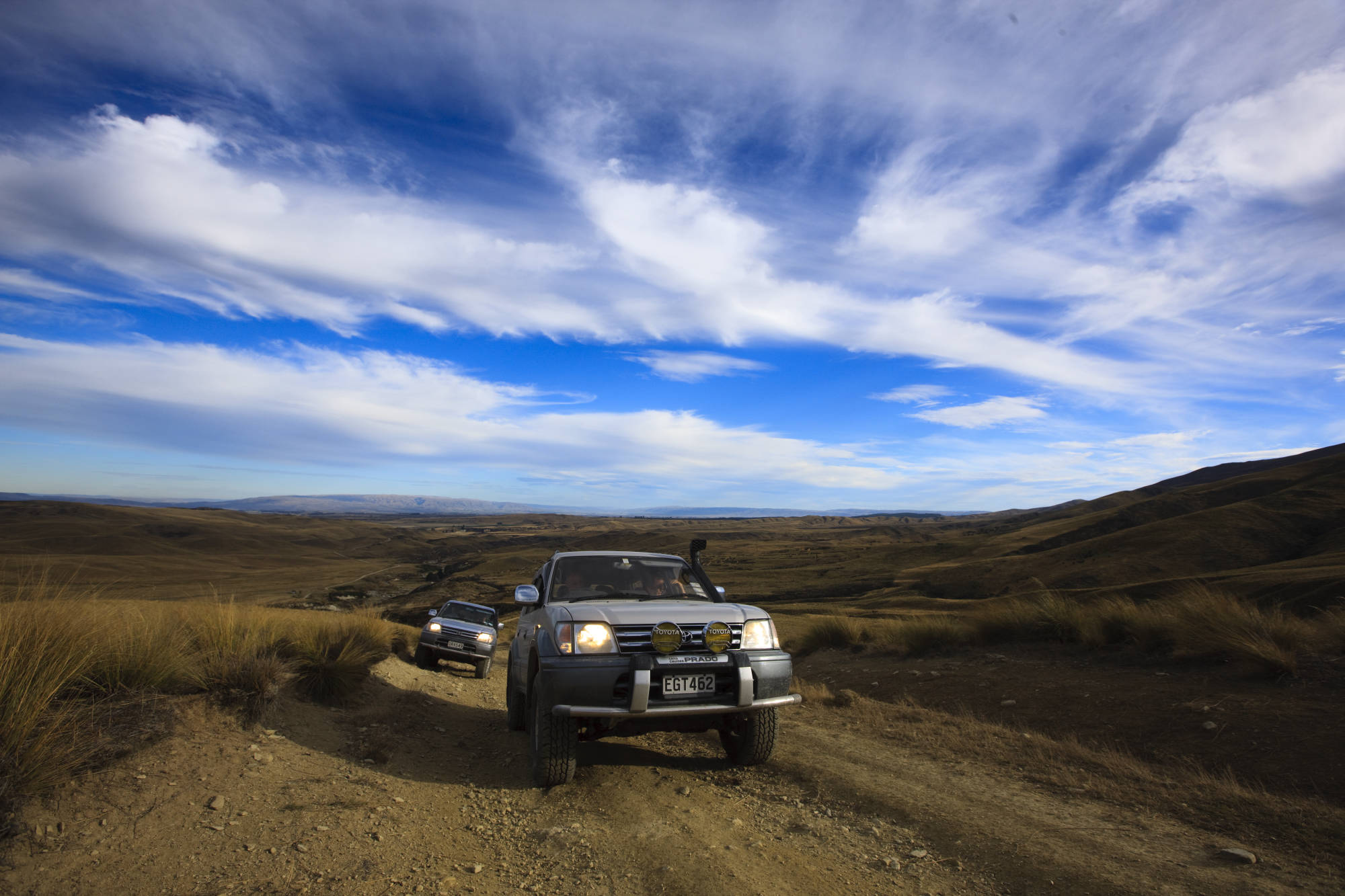 
"I have completed a number of guided 4WD trips with Tony Davys both with his previous employer and more recently with his new business based in Rockhampton QLD. These have included a 7 day Victorian High Country Tag-along Tour, a 4 week Canning Stock Route Tag-along tour and a 7 day Queensland Coastal Private Fishing, Camping and 4WDriving Tour.

Each trip was meticulously planned, organised and led by Tony. His knowledge of the area and the terrain, his choice of routes and camping spots and his support and enthusiasm were second to none. He even organised a party and baked me a cake to celebrate my 60th birthday in the middle of the Canning Stock Route." 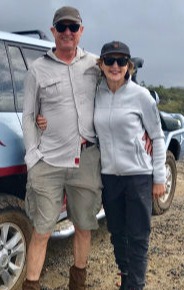 "Thought that I’d let you know how much we enjoyed our tripping around the countryside with you. Arnhem Land gave us a real insight into indigenous culture, and the ability to engage with the population was made more special because of the relationship you had with the locals. When the chance came up to do the Canning Stock Route with you we jumped at it because of the great experience you showed us in Arnhem Land. You did not disappoint. Your knowledge of the local history, flora and fauna, made this a truly memorable month.

In both of these trips you showed calm but firm leadership, an understanding of how to give advice which led to participants maximising their enjoyment and abilities – both personal and with their vehicle. Mechanical issues were dealt with promptly, so that small things did not become major." 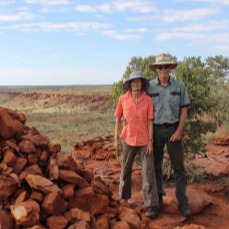